Also, well known as National Checkers Day, Dogs in Politics Day began with the presidential speech on September 23rd, 1952. On this day, the former President Richard Nixon delivered a speech, which was broadcasted on both television and radio, counteracting the charges that he had used the campaign funds on his expenses. Additionally, the speech was dubbed later as Checker’s Speech, and he did mention that regardless of what people thought, his family was going to keep their dog – a black and white cocker spaniel named Checkers.

Surprisingly, the ‘Checkers Speech’ became famous as it received a positive response with the estimated 60 million viewers and listeners. In fact, Nixon could hold the office and was able to regain the trust of the public.

Well, moving further, Checkers is not only the President’s dog who has become famous, but there are also a few more part of this league. Let’s find out.

Before Checkers, President Franklin Roosevelt during his famous speech in 1944 has also mentioned Fala – his Scottish terrier. Fala lived his remaining years in the care of First Lady Eleanor Roosevelt after President passed away.

Buddy – a chocolate Labrador was owned by the Clintons. When a scandal erupted out, Clinton’s advisors suggested that a presidential pooch might help save his image. And, it turned out to be as expected. The nation fell in love with a furry buddy and surprisingly, children wrote letters to him. Interestingly, the First Lady Hilary Clinton featured these letters in a children’s book written by her.

Well known for his extraordinary love for animals, President Theodore Roosevelt had a big farm with Dogs, Cats, Horses, A Parrot, A Badger, And Even a Small Bear! Among all these animals was an affectionate Saint Bernard Named Rollo. The dog usually played with and it’s well-known fact that it also protected the Roosevelt Children.

President Gerald Ford and First Lady Betty Ford had a beautiful pet named Liberty, a Gorgeous Golden Retriever. This presidential pet was given by their daughter Susan Ford. Everyone knows that Liberty became a celebrity when President Ford decided to breed her with a champion golden retriever in Oregon. And, it happened that she gave birth to nine puppies inside the white house. The news was widespread and Ford even received wishes for Liberty.

The first African American President to head the office – Barack Obama is not only well known for his success stories holding president position but also is much talked about for his pet Bo – a Portuguese Waterdog. If you have not missed Barack Obama’s Victory Speech, then recollect that Bo was also given The Honor of being mentioned in the speech like Checkers and Fala.

Knowing about the President’s furry companions, if you are wondering how you’re going to celebrate Dogs in Politics Day, then why not try the following.

How to Celebrate Dogs In Politics Day?

Well, after knowing the facts about Dogs in Politics Day; now let’s see how to celebrate it.

Usually, on this day, people love to find out more about the President’s dogs and his other pets. Amazingly, there is also a website where you can look into what Presidents of America had pets and see which political pet is your favorite.

The other way is to hold a dog’s dress-up party. Ask your dog’s friends to come over with their dogs for a doggie dress-up party! Let the dogs have that unusual presidential attire or any other fancy stuff related to politics. Click them in the memories and give them some dog treats and chews to enjoy, while you with your other pet parents enjoying the DRINKS!!!

What is National Senior Pet Month and Why is Celebrated? 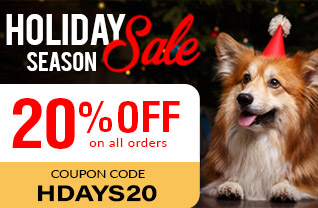