Who does not know Stubby, the war dog who saved his army from mustard gas attacks and fought almost 17 battles in his lifetime! He was applauded for his bravery and stupendous contribution in World War I.

In World War 2, Chips gave his incredible performance and saved his handler from the gunners. Over the years, many such canines have proven their mettle on the battleground and saved umpteen lives while sacrificing their own. It was then that the war dogs were officially recognized as warriors and designated with real army titles like Sergeant.

In honor of these canines, March 13 in 1942 was hence declared as ‘K9 Veterans Day’ (a term coined by Joseph White) to pay homage and commemorate the services of the lost four-legged warriors to the wars.  Ever since then, the day honors the inimitable contribution of these K9 warriors every year.

So what can you do to pay honor to the canine family who stays with us even in our thick and thins and serves as the most loyal companion for their lifetime? Well, we can certainly contribute to their health and wellbeing to help them lead a happy life always.

Adopt a Dog from Pet Shelters

Pets in shelters are poorly raised due to lack of proper attention and insufficient food. The quality of food and maintenance is certainly marred due to the dearth of funds and lack of people support. Therefore, adopting a pet from the shelter would give him a chance to live his life gleefully rather than being euthanized by the shelter owners. It will also vacant a place for another poor pet rejected and left unattended by his owners.

Lack of funds makes shelter living hell for canines because even though shelter caretakers want to support these poor souls but a dearth of staples and lack of treatments to each and every individual dog eventually leads to euthanization. So in order to help these souls, we can raise awareness and funds through social media platforms and contribute our bit to save their lives. People who can afford can also give cash to such shelters or provide their services, give treatments or healthcare products as a contribution.

Don’t worry if you are in no condition to aid shelters. Charity always starts at home. So, in case you have a pet, you can always contribute your bit by raising a healthy dog and pay attention to what he eats or drinks.

Give them Regular Dose Of Exercise

War dogs wouldn’t have been so agile and smart had they not undergone regular training and lots of grueling exercises. We aren’t asking you to put your dog through the same kind of regime, but we can definitely set aside an hour or so to ensure our pet gets the daily dose of running and walking to burn his energy. Regular exercise is also known to eliminate boredom in dogs and also keeps the owner fit. So, why not benefit two ways?

Pay Attention to their Oral Health

Dogs generally don’t smell minty fresh. Their breath is, in fact, foul but if it has recently turned stinky and intolerable, you might not be paying attention to his mouth. Regular brushing and flushing of mouth are as essential for dogs as it is to us because if the mouth is affected by diseases like tartar and plaque, how will the dog be healthy. It would rather make him vulnerable to other illnesses as the bacteria or fungus spreads to other organs. So, make sure you pay attention to his oral health and use a good canine paste and brush to carry out the task.

Get Them Checked Regularly

Physical examination by the vet every 2-3 months is essential for dogs’ health. It, in fact, ensures the overall well being of the dog by helping figure out any disease condition or sickness in its initial stage.

A dog cannot save you from theft or mishaps until he himself is fit as a fiddle. Parasites like fleas and ticks often keep the dog consumed due to itching, and also make him suffer from anemia and other diseases which deteriorate his health drastically. A dog which is not bathed or combed properly and routinely, in fact, have more chances of contracting such infestations. Thus grooming your dog on a regular basis is as essential as it is for you to keep him safeguarded from diseases.

No matter what we do, some diseases always have enough potential to bog down our four leggies. But, you can totally combat them by acting ahead. Ensure your dog gets all the mandatory vaccinations, treatments and preventatives for fleas, ticks, heartworms which are common amongst canines, on time. Worming must be carried out as soon as the puppy becomes 2 weeks old and must be continued through his life every 3 months as he grows old.

[Also Read] Which Flea & Tick Treatment is Right for Your Dog

Support Them in Their Twilight Years

No contribution can be as matchless as the physical and mental support you provide to your canine throughout his life by being with him. Dogs covet human companionship as much as we do. They too have their lows and highs in life. They too get distressed and depressed. It is only through our support and continuous efforts to keep them physically and mentally healthy that dogs live up to enjoy their twilight years. So, if you really want to honor a life, honor the life of your dog by being with him and spending quality time when he most needs you.

Order Pet Supplies for your Pets

What Is Animal Cruelty And How To Stop It? 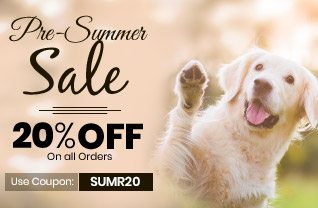