Every dog parent’s wish is to completely understand their pooch’s barks. You also might have that desire or tried to decode the bark into English.  It’s just a dog parent thing, and only a dog parent would understand that. However, you will be delighted to know that researchers have finally decoded the meaning of barks of prairie dogs and converted it into English with the help of AI.

Scientists in San Francisco are working on an instrument that would use artificial intelligence (AI) to learn and translate animal vocalizations and facial expressions into simple English.

According to a report by NBC News, Dr. Con Slobodchikoff from Northern Arizona University has spent more than 30 years studying prairie dogs and the sophisticated ways they communicate.
Based on his study, Slobodchikoff and his colleague developed an algorithm that turns prairie dogs’ vocalizations into English and founded a company called Zoolingua to develop more technology that could allow humans to communicate with animals in an understandable language.

According to Slobodchikoff, prairie dogs make high-pitched calls to warn others of predators.

The calls vary depending on the size and type of predators in their midst. The prairie dogs combine the calls in a number of ways to communicate, and they are even able to indicate the color of a nearby human’s clothing.

“I thought, if we can do this with prairie dogs, we can certainly do it with dogs and cats,” said Slobodchikoff.

Slobodchikoff and his team are sifting through thousands of videos of dogs to analyze their various barks and body movements. The videos will be used to teach an AI algorithm about these communication signals.

The team still has not come up with any algorithm for understanding the meaning behind each bark or tail wag.

“This kind of technology could help humans better understand dogs and their behavior. You could use that information, and instead of backing the dog into a corner, give the dog more space,” Slobodchikoff said.

AI has helped humans in many ways and this one of them. Able to comprehend or translate what your dog is trying to say is the best thing that can happen to dog parents. And, who knows that in the future, maybe you can actually know what your dog is barking about?

In the future, your dog will be able to tell you if the fleas or ticks are biting him/her? You could hear him/her saying, “Hey mom they bit me again, where’s the goddamn Frontline Spray?” Wouldn’t that be cool? Anyway, let’s all just wait and watch. Fingers crossed. 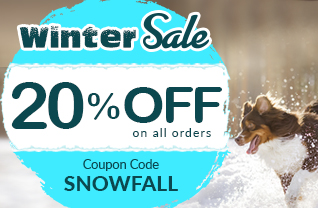