According to a survey, heartworm is one of the most prevalent and progressive diseases in dogs in USA. This dreadful disease is a major factor for the high rate of mortality in dogs. Also known as dirofilariasis, the cause of this life-threatening disease is due to infection of the heart and blood vessels by long roundworms called Dirofilaria immitis. These immature heartworms grow in dogs and travel through the bloodstream to lungs and hearts. It infects the complete circulatory system and causes blockage in heart valves or muscle failure and severe damage to other internal organs.

Heartworms generally thrive inside a dog’s body making him a perfect host for feeding, reproducing and multiplying in numbers. A dog with hundreds of worms in his body may survive up to 5-7 years without developing any noticeable symptoms. When left untreated, these parasites increase their population by millions, affecting the major organs of your dog thereby leading to a fatal condition. The immature forms also cause respiratory tract infection known as Heartworm Associated Respiratory Disease(HARD).

How is Heartworm Disease Transmitted?

It’s a well-known fact that most pet owners know that mosquitoes are the real carriers of heartworms in dogs. Like humans, our furry companions are also the target audience of these nasty creatures that are laden with various diseases. When a mosquito bites or feeds on a dog, it picks up the baby worms present in his blood. These immature stages of worms develop into their infective stage called larvae within a time period of 10 days. And the sooner this mosquito bites another dog; larvae migrate to his bloodstream where they mature into adult heartworms.

The scope of these incidences is quite heavy during the mosquito season. Eventually, this leads to heavy infection in most dogs due to this intermediate host.

Symptoms Of Heartworm Disease in Dogs

In a heavily infected pet, the symptoms may include:

Treatment Of Heartworms In Dogs

Usually, an ELISA test or a SNAP test is conducted to diagnose the pet affected with heartworms. If the result turns out to be positive, your vet will provide treatment according to the stage of the disease. In some cases, dog has to be hospitalized for a treatment.

In case the result is negative, your vet will recommend preventives like Heartgard Plus. This is one of the most effective drugs for preventing heartworm disease. Another potent drug is Interceptor that works against heartworms and also eliminates whipworms and hookworms effectively. Many other combination treatments are available that act on heartworms and work additionally against fleas and ticks.

Usually, heartworm treatments are quite costly and life threatening. At times, when the case is severe, drugs may not show the desired results which may be fatal for dogs. So better try and prevent the heartworms from happening in the first place and save the pet from this misery. Heartworm preventives can be used all year round and may keep your furry companion safe even in the heaviest mosquito season. So, better prevent than cure!

Buy Heartgard Plus for Dogs

Do You Know These Facts About Dog Worms? 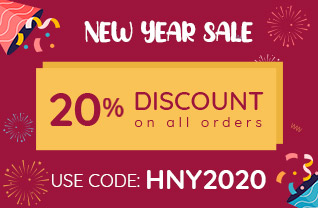