Though there are a number of products available for fleas and tick treatments in the market, Nexgard has created its own rapport in the past few years. Since it is a product by Merial, who are known for their revolutionary invention – Frontline, the shift from Frontline to Nexgard although was suspected to be a lot easier, but as a matter of fact, it has not been that easy for the customers to accept a new product as it was supposed to be. Reason being, people are still in the speculation mode regarding the efficacy and safety of this product.  Well, these suspicions must be put to an end because Nexgard definitely has success stories to associate with.

Jenna, an associate Investment Banker from Toronto says that she was quite skeptical about using Nexgard earlier because her dog Oliver was sensitive to any other product but Frontline. However, after using it for a couple of months now, she hasn’t found any adverse effects on her dog. She also adds that she found Nexgard safe for her other puppy Coco as well and is supposed to continue these monthly flea pills for the entire year.

Cooper, a senior Executive at an IT firm says he found no convulsions after administering Nexgard to his dog Fendi. He recollects about how he was troubled by fleas when he had first brought her in and she would not let him apply the treatment but ever since he started giving this amazing flea and tick preventative – Nexgard, there have been no re-infestations thereafter.

On the contrary, another pet parent from Texas, Emily says she is still pondering whether she should switch to Nexgard or not because she doubts it would be as effective and safe as Effipro spot on which she has used in the past.

Well, there have been many studies which corroborate the efficacy of this product and its safety level compared to other flea and tick preventatives in the market. Let’s see what they reveal.

Can Nexgard cause vomiting?

Nexgard is normally safe for use in dogs, however, it may cause vomiting in dogs that have history of seizures. You must also prohibit using Nexgard in breeding, pregnant or lactating dogs.

Does Nexgard cause seizures?

Nexgard doesn’t normally cause seizures in dogs. Only dogs with a history of seizures may experience such convulsions.

Is Nexgard Safe For Dogs?

There is no denying that every drug is associated with some risk factors, however, with a meticulous study conducted regarding the effectiveness and safety of the drug, there are myriad trials that give substantial confirmations for the drug to gain approval for mass usage. For Nexgard as well, there have been sundry field studies that were conducted on several dogs. In one of those trials conducted on approximately 415 dogs, the results revealed that only 4% or less actually exhibited adverse reactions. In fact, only the ones which already had a history of seizures made up most of the 4% or so. Besides that, only a few of them experienced vomiting as the only consequence, while rest of the dogs experienced no adverse reactions at all. The overall data of this field test explicitly conveyed Nexgard as a safe flea and tick treatment for use in dogs unless a dog comes as an exception.

Nexgard was also approved by FDA way back in 2013. The reason given was that the benefits of usage outweighed the possible risks associated with the drug. It was also given affirmation after several field trials by the customers who conjugated other drugs and vaccines alongside Nexgard and were unable to find any negative reactions on their canines. 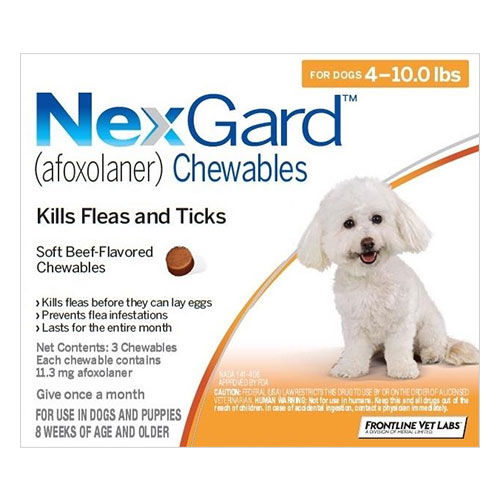 What Makes Nexgard A Hit?

Regardless of all the suspicions and skepticism, Nexgard has proven to be a potent monthly chew that works within 24 hours of its administration. It contains Afoxolaner as an active ingredient which is touted as safe for most of the dogs. The most advantageous factor in the treatment with Nexgard has been its beef flavored, chewy texture that dogs take voluntarily. They love the taste and parents need not have to waste their energy chasing their pet to administer the treatment. Not to mention, the month-long protection that it provides against the parasites and the super affordable price. When the product is used as per the directions, regularly, there is no better and as effective a product that does its job so well

Bravecto or Frontline Plus: Which is the Ideal One for My Dog?

Which is the Best Flea and Tick Preventive – NexGard or Frontline Plus?

Which is Best Suitable Preventive for my Dog – Revolution or Frontline Plus? 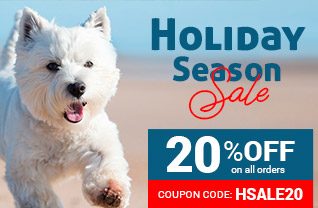